One of the most thought provoking and talked-about novels of the 19th century, The Island of Dr. Moreau challenged morals, science and identity. The groundbreaking science fiction tale has been the source for many adventures since, and this March IDW will release the print collection of the story that takes these ideas and conjoins them with the endless possibilities of the comic page: The Army of Dr. Moreau!

First appearing digitally from Monkeybrain Inc., The Army of Dr. Moreau introduced a frightening alternate take on the evils of the famed island. Trapped and abandoned with Nazis, Beast Folk, and terror, a small unit of Allied operatives find themselves up against threats like no other…

“David, Sara and I are all incredibly excited to see 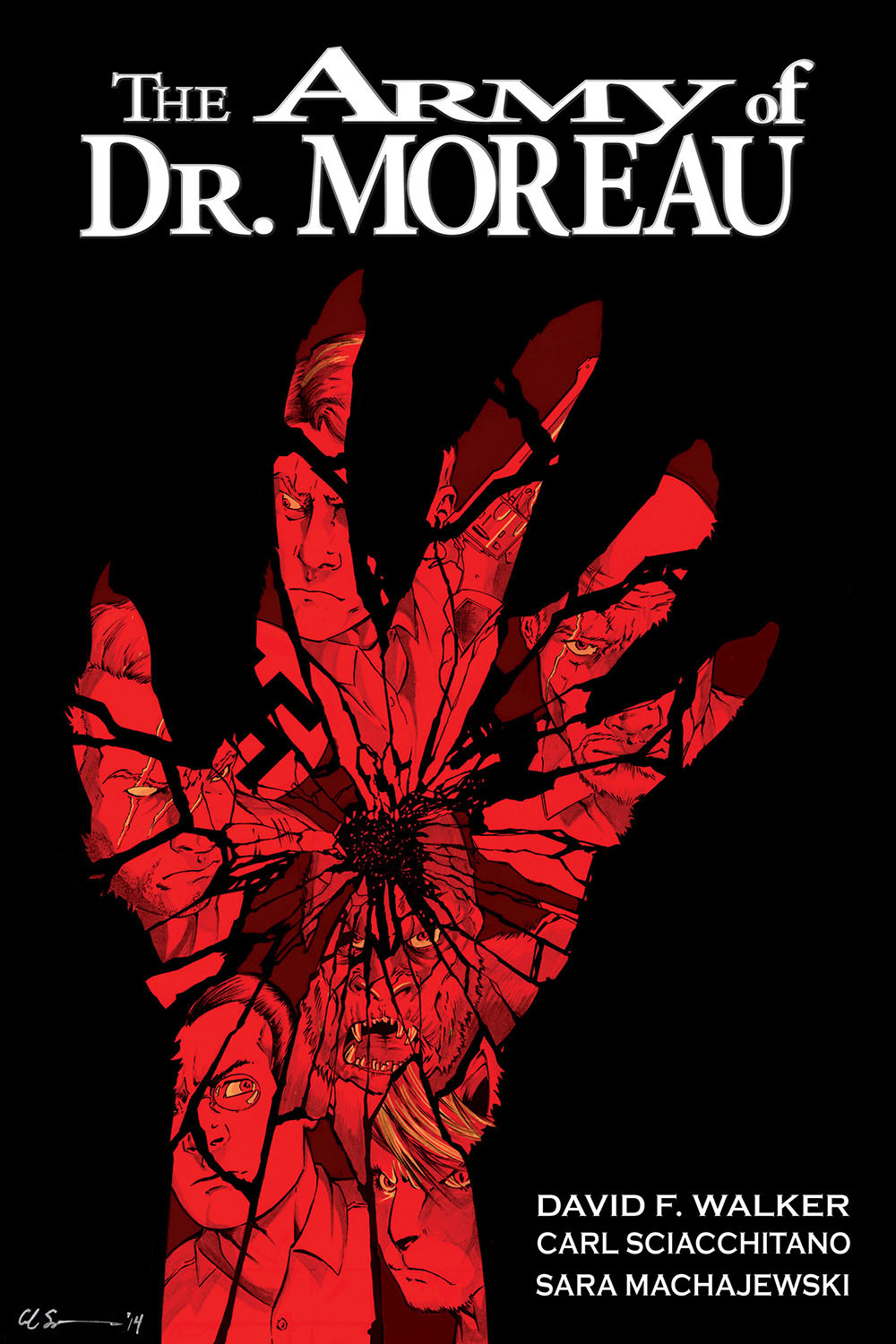 The Army of Dr. Moreau find a home with IDW,” said series artist Carl Sciacchitano. “Monkeybrain has been wonderful for us, and we can’t wait for this book to reach an audience who either missed the series on Comixology, or just prefers to read their comics the old fashioned way.  And if you read it the first time around, rest assured that the print version has some new content thrown in as well!”

Look for The Army of Dr. Moreau this March on the shelves of your local comic shop!