News Ticker
The Star Trek Comic Event Of The Year

San Diego, CA (April 18, 2014) – IDW’s ongoing Star Trek series has pitted the Star Trek crew from the 2009 film franchise against many a challenge and foe, but how will they fare up against the omnipotent Q? This July Star Trek fans will find out starting with Star Trek issue #35, which will kick off  “The Q Gambit” 6-part galaxy-spanning adventure. 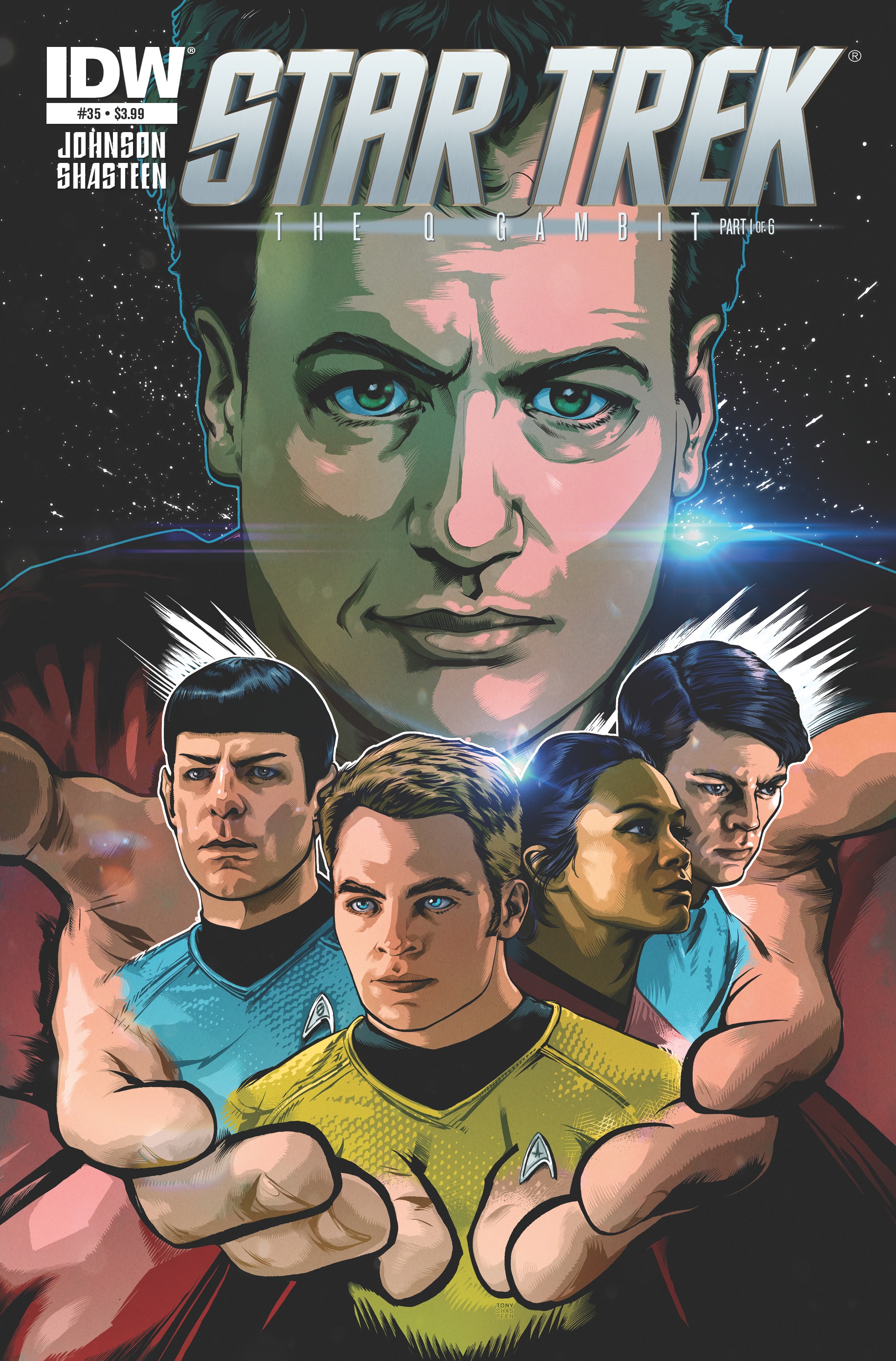 “Part of the fun of the new STAR TREK movie franchise is seeing how beloved characters are different in the new timeline,” says writer Mike Johnson, “But one iconic adversary remains unchanged: Q. His fascination with humanity and his penchant for mischief remain the same across the multiverse, and now he’s come to take the Enterprise crew on an adventure that will bring new meaning to the phrase ‘no-win scenario!’”

“Like so many fans, Q captured my attention as soon as he appeared on the deck of the Enterprise,” said Star Trek comic editor Sarah Gaydos, “We’re excited to explore just how Q will react to our Captain Kirk…and how Kirk will handle one of the most powerful, witty characters ever to appear in the Star Trek universe. We’re also very eager for everyone to see the stellar work Tony Shasteen is doing!”

Under license by CBS Consumer Products, “The Q Gambit” begins when the mischievous Q sends James T. Kirk on a quest that will see the Enterprise joining forces with familiar faces from Star Trek lore, beginning with the crew of a certain space station…

Join the Star Trek comic event of the year and let the games begin!