The Littlest Pet Shop Comic is coming! My daughter will be overjoyed.

San Diego, CA (April 7, 2013) – The multi-media sensation Littlest Pet Shop has conquered the world of toys, video games, and television and starting this May the adorable critters are coming to a comic shop near you! This new series gives fans of all ages an entirely new way to follow the adventures and antics of their favorite furry friends. 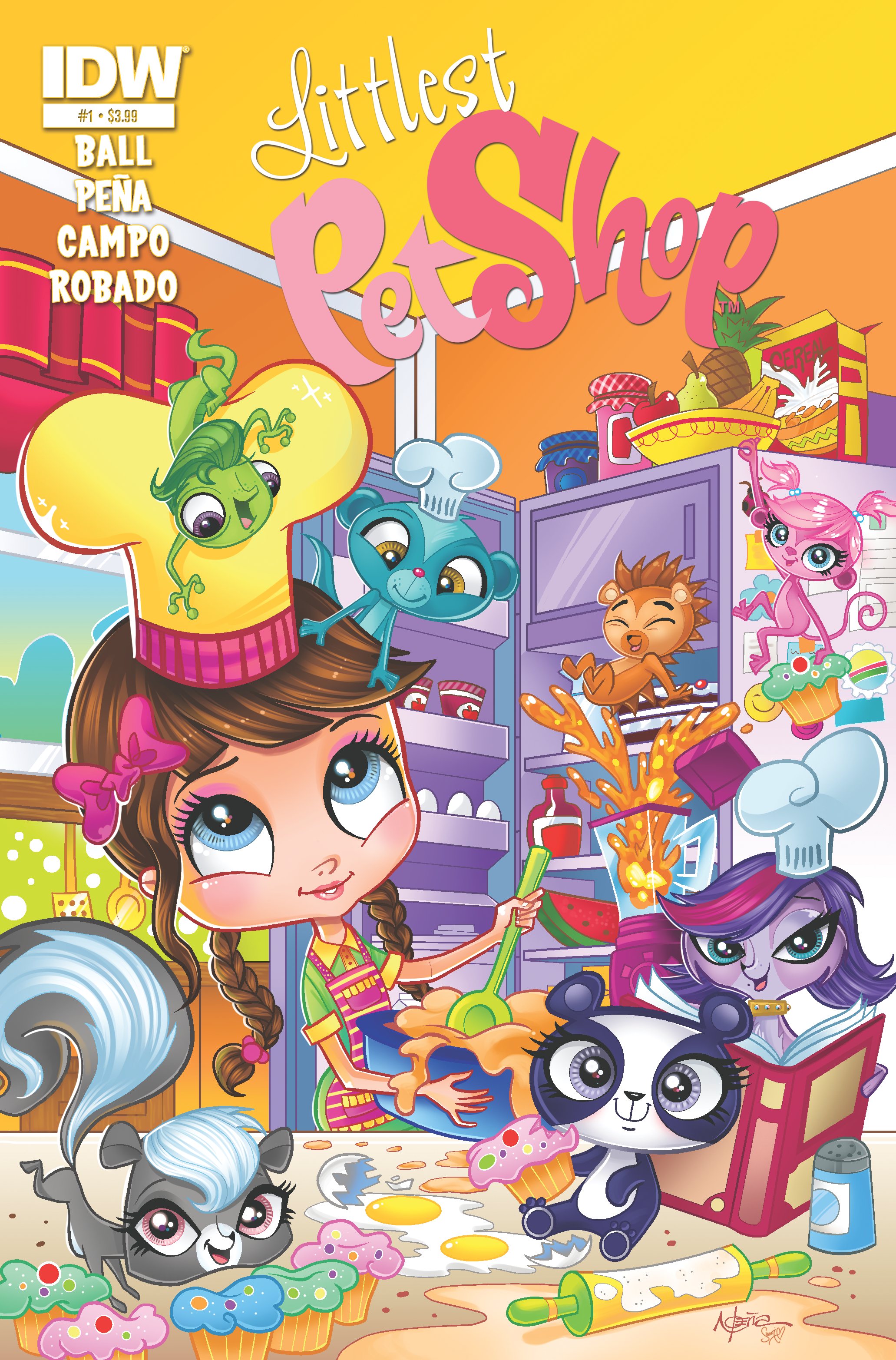 In 2012, the animated half-hour comedy series, Littlest Pet Shop, created by Hasbro Studios and airing on the HUB Network launched and is based on the wildly popular toy line.

“With the incredible triumph of MY LITTLE PONY comics, it should come as no surprise that we are now looking toward LITTLEST PET SHOP to continue that success,” said Michael Kelly, Hasbro’s Director of Global Publishing. “It’s wonderful to be part of the resurgence of interest in all-ages comics, and we are certain that LITTLEST PET SHOP comics will be welcomed with great excitement by readers.”

The new comic series written by Georgia Ball (My Little Pony) with art by Nico Peña and Antonio Campo (The Penguins of Madagascar) follows the big adventures that ensue when Blythe Baxter discovers she can miraculously talk with her animal friends and notices these pets may be small in stature, but their personalities are larger than life!

Littlest Pet Shop joins My Little Pony as another addition to the expanding library of all-ages comics from Hasbro and IDW.

“We’re thrilled to be working hand in hand with Hasbro on another of their all-ages properties,” said David Hedgecock, IDW Managing Editor, “We are excited for the opportunity to continue to grow this category with fun, exciting, fresh stories that help build on the success of other IDW hits like My Little Pony.

Littlest Pet Shop opens its doors this May, be sure to subscribe to reserve your exclusive subscription cover for issue #1 by Sara Richard!