IDW’s Masters Of The Macabre Introduce The October Faction

It is said that 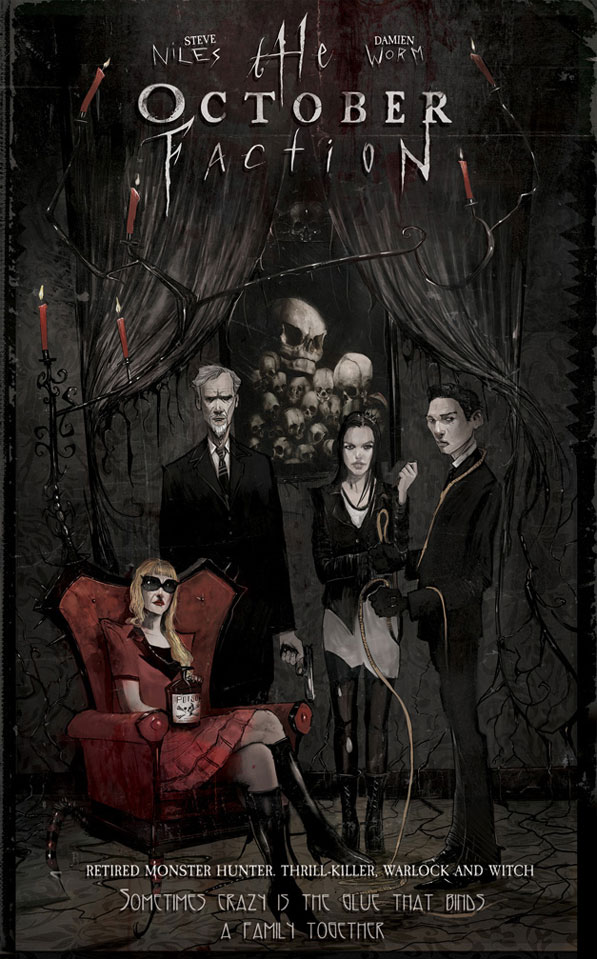 no two families are alike, but never has that been more true than in the case of the Allan family, the subject of Steve Niles and Damien Worm’s new IDW ongoing series, The October Faction.

“The lead character is Fredrick Allan, a retired monster hunter who is now teaching Monsters & Mythology while he hides from 30 years of enemies. His heyday was in the 70’s, so October Faction will flashback to those 70’s monster hunting days,” said series writer Niles, “The main thread is about this man who is trying to get to know his family for the first time ever. Unfortunately, while he has neglected his wife she’s become a pill-popping thrill-killer. His two children, just turned 19 and 20, are starting to piece together who their father is and also whether or not he is their real father.”

“After writing mini-series for the better part of 25 years, I am thrilled to be writing a monthly ongoing and all the more thrilled it’s with IDW,” added Niles, “October Faction will be Halloween every month if Damien and I have anything to say about it.”

Steve Niles is credited as one of the contemporary writers that brought horror comics back to prominence with works such as 30 Days of Night, which was also made into a major motion picture. He is currently collaborating with another horror legend, Bernie Wrightson on Frankenstein Alive! Alive! and Damien Worm on Monster & Madman, both from IDW. 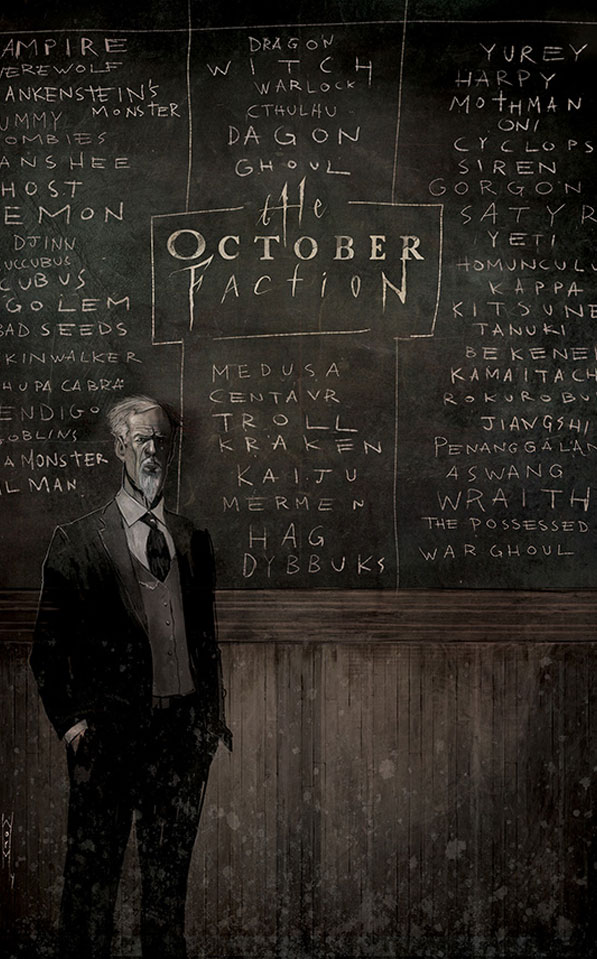 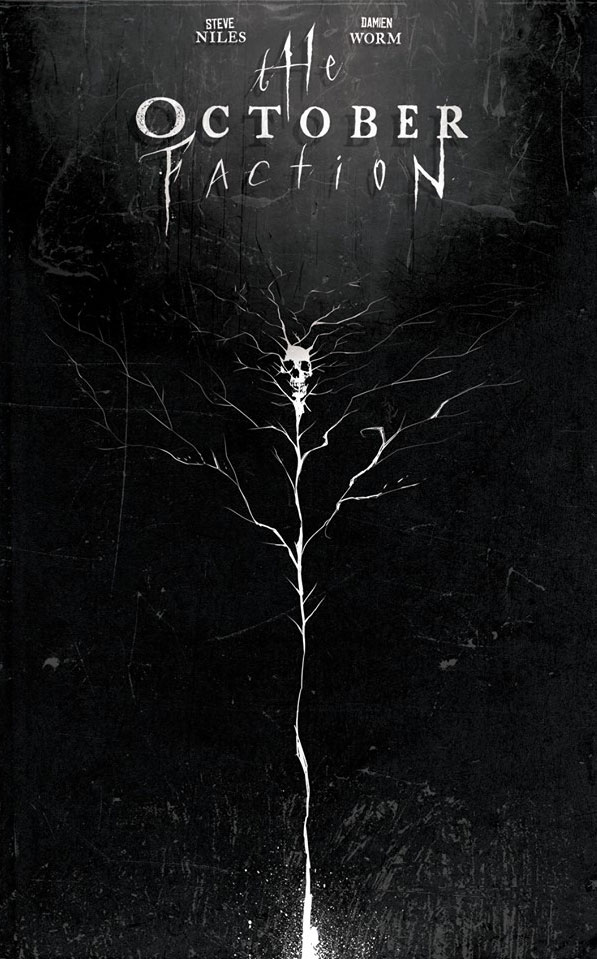