Last year, comic-book legend, John Byrne set out “to explore strange new worlds” within the Star Trek universe, using a unique technique, the photonovel. The resulting Star Trek Annual 2013, which is completely sold out through Diamond and headed for a second printing, was a creative success due to this distinctive storytelling device. This May, Byrne will continue his quest “to seek out new life and new civilizations” using the photonovel format to produce an ongoing bi-monthly series, Star Trek: New Visions. 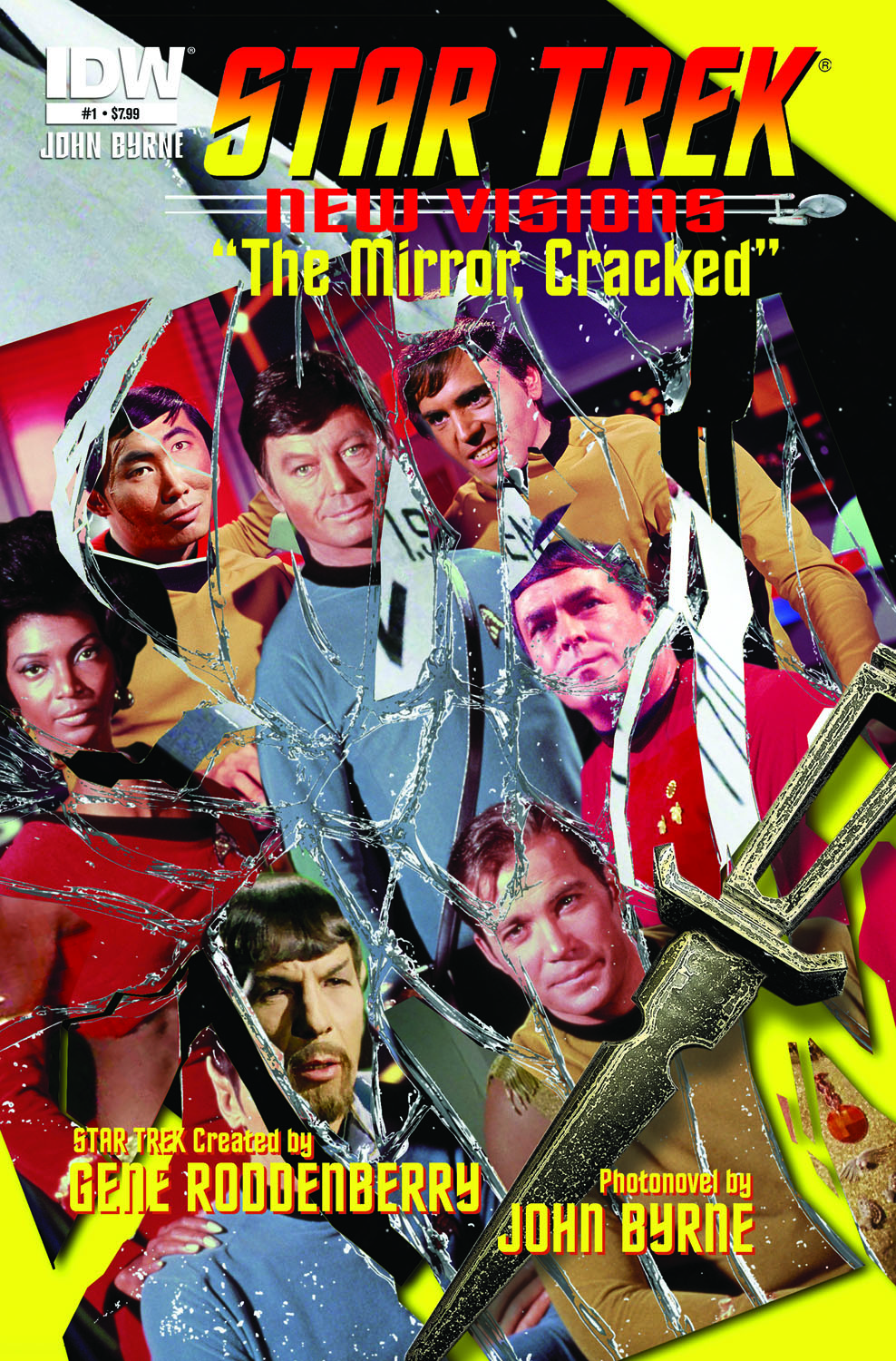 “What John does on these photonovel stories is nothing short of amazing,” said Chris Ryall, IDW’s Chief Creative Office/Editor-in-Chief. “He’s moved far beyond photo-manipulation and montage to constructing his own set pieces, uniforms, and characters. Much more than just comic stories, these tales are the closest thing to Original Series-era ‘lost episodes’ that the world will ever see.”

Each issue of this all-new series will be an extra-length affair. New Visions begins by going through the looking glass to tell the story of what happened after the classic “Mirror, Mirror” episode of the original series. In issue #1, “The Mirror, Cracked,” the crew of the Starship: Enterprise discovers two strangers in their midst, and things take a turn when they learn that one of them has made a pact with one of James Kirk’s oldest foes.

A new printing of the sold-out Star Trek Annual 2013 will also ship in May.