Say Hello to our Graphic Novel Brothers on the other side of the world! “We’re excited to attend Comic Con India and greet the astounding number of comiXology fans we have there,” said comiXology co-founder & CEO David Steinberger. “There is huge demand for comics in India and many have turned to our worldwide platform to get their comics.”

Exhbiting at booth D9, comiXology will also will be taking part in the following panel at Comic Con India:

ComiXology capped off 2013 by charting as iTunes’ #1 Top Grossing non-game iPad App for 2013 in the U.S., and the Top-Grossing iPad Book App for 2013 in France, Belgium, Germany, Spain and the UK. They recently revealed that 51% of their user base for 2013 came from outside the United States. 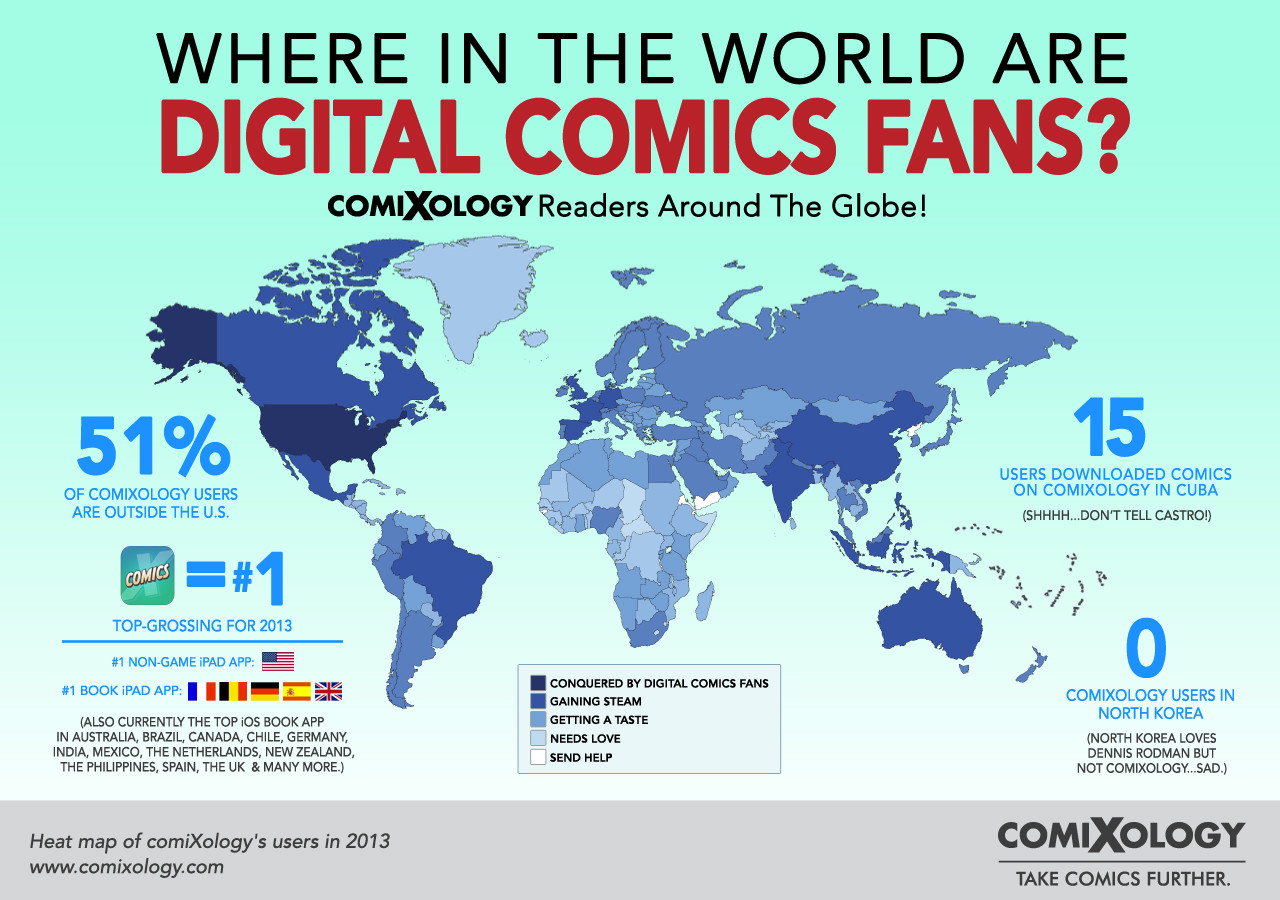 This is comiXology’s first appearance at Comic Con India which will play host to some of the biggest creators in the comic book industry including the Eisner & Harvey Award-winning Mark Waid (Thrillbent’s Insufferable) as well as acclaimed creators David Lloyd, Gabriel Bá, Fábio Moon, and John Layman. Comic Con India will run from February 7th to the 9th in New Delhi, India.

With over 45,000 comics and graphic novels from more than 75 publishers, comiXology offers the widest selection of digital comics in the world. ComiXology’s immense catalog and unique Guided View reading experience is available across the iPhone, iPad, Android, Kindle Fire, Windows 8, and www.comixology.com – making it the best digital platform for comic and graphic novel fans worldwide.